I predicted 15-13 and the Tar Heels ended up winning 17-11. There were many stretches of the game in which it was much closer than the final score. The game was tied at nine with 23 minutes to go in the second half before Brittney Coppa and the Tar Heels pulled away. Over the last 23 minute Coppa scored three goals and the Tar Heels outscored the Gators 8-2. A win at Dizney Stadium is very impressive but what is even more exciting is the response of the Tar Heels after a run by the Florida Gators. 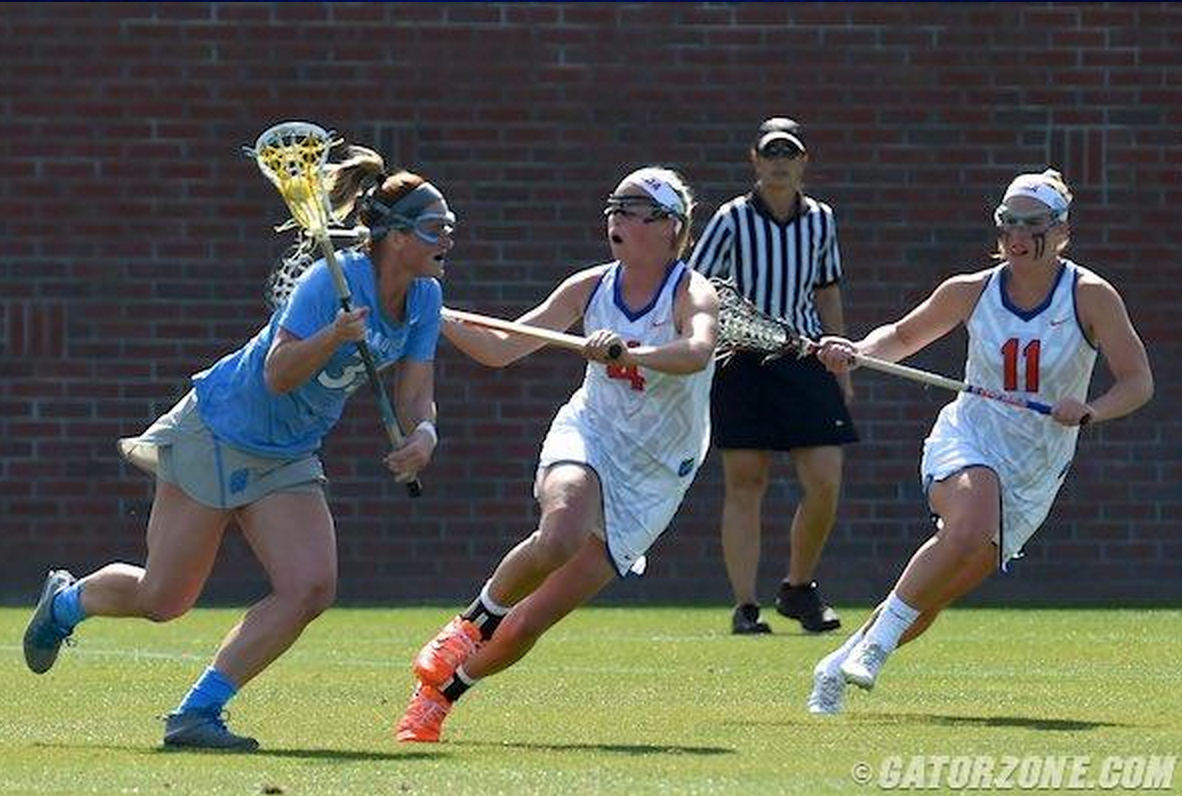 Florida doesn’t lose at home often. In fact, most top 5 women’s lacrosse programs rarely lose at home. It is not easy to travel into enemy territory and walk away with a win. UNC found this out last year when they flew to Chicago and lost to Northwestern. This time UNC hopped on a flight it was south to sunny Florida. The Tar Heels got out to an early lead with three goals from Alex Moore in the first half and another to start the second half. The Heels were up 8-4 and it looked eerily similar to last years route (20-8) in Chapel Hill.

The Gators were having none of it as Shannon Gilroy and Mollie Stevens lead them back to tie the game at nine. Any championship team is going to have its ups and downs during the season. Maryland was dominated by the Tar Heels last year in Chapel Hill before they went on their run to win the national championship. The Tar Heels had to be shaken by the quick scores by Stevens and Gilroy. Jenny Levy called a time out and settled the team down.

Brittney Coppa, Sammy Jo Tracy and Alex Moore all had big games for the Tar Heels. This game truly shows the depth of talent on this UNC team. Sydney Holman and Carly Reed were noticeably absent from the final stats sheet but Jenny Levy pointed out that it was not that they didn’t play well. The style of play suited other players better. Luckily, UNC has every shape, style and size player to beat any team in the country this year.

The Tar Heels will take on High Point this Friday at Fetzer Field. One of High Point’s assistant coaches is Sloane Serpe that was a member of the Tar Heels team last year. This will be the first game of the season for the Panthers. If you plan to make it out to Fetzer Field bundle up because it is going to be very cold. The game starts at 5:00 pm. I will have a game preview up in the next few days.