The best women’s lacrosse freshman in the nation in 2014 was Syndey Holman. The UNC freshman scored 34 goals and recorded 27 assists in a fantastic first season. The 27 assists were the second highest in school history and a freshman record. These stats were amassed even with Holman missing out on the final four games of the season due to a torn ACL. In 2015, the Tar Heels will look to Holman to be one of the leading scorers. 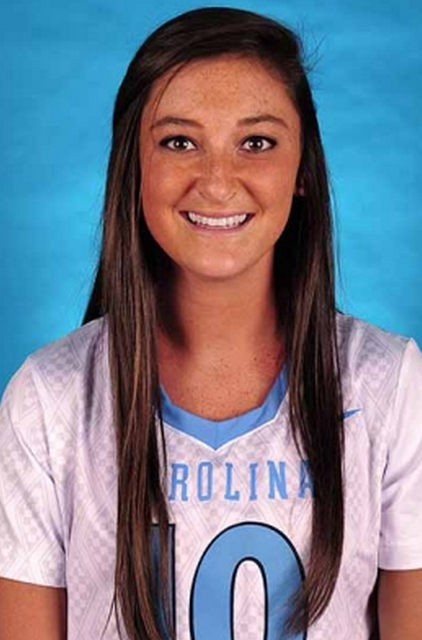 Holman will be a part of the youngest unit of the 2015 UNC Tar Heels. The midfield will be lead by senior captain Brittney Coppa and the defense will have three seniors starting. The attack will be lead by sophomores Syndey Holman, Carly Reed, Carly Davis and junior Aly Messinger. Although the attackers are young they do have quite a bit of experience. Messinger has started every game of her career and Holman started 15 games in her freshman year.

Holman and Messinger are sure to start at the attack but the other two spots are up for grabs. It would not surprise me to see some of the midfielders converting to attack. Alex Moore, Marie McCool, Maggie Bill, Bridget Curran, Kelly Devlin and Devin Markison may end up on the offensive side of the field due to the depth at the midfield.

I would enjoy seeing Holman, Messinger, Reed and Alex Moore or Marie McCool at attack for the Tar Heels. This would mean there would be three sophomores and a junior but these are the most talented scorers on the team. When all is said and done, I think we will see plenty of rotation of Devin Markison, Kelly Devlin, Sam McGee, Molly Hendrick and Maggie Auslander at attack. I cannot make an honest assessment of who will play best together until I see the team on the field.

It will be interesting to see how Holman comes back after having a torn ACL. She has tremendous moves but her moves are based off of quickness and controlled body adjustments. Holman and Messinger are very similar in they can contort their bodies to get off shots from unique angles. We can only hope Holman does not have to adjust her game because of her injury.