Well, we saw why Taylor Cummings is the best player in women’s lacrosse. As predicted in my previous article, clears, turnovers and draw controls were going to determine the outcome of this game. Although the UNC goalies played extremely well the Terrapins were in control for most of this game. Maryland outshot the Tar Heels 32-17 and won a large number of the draws. In fact, no Tar Heel had more than one draw control. 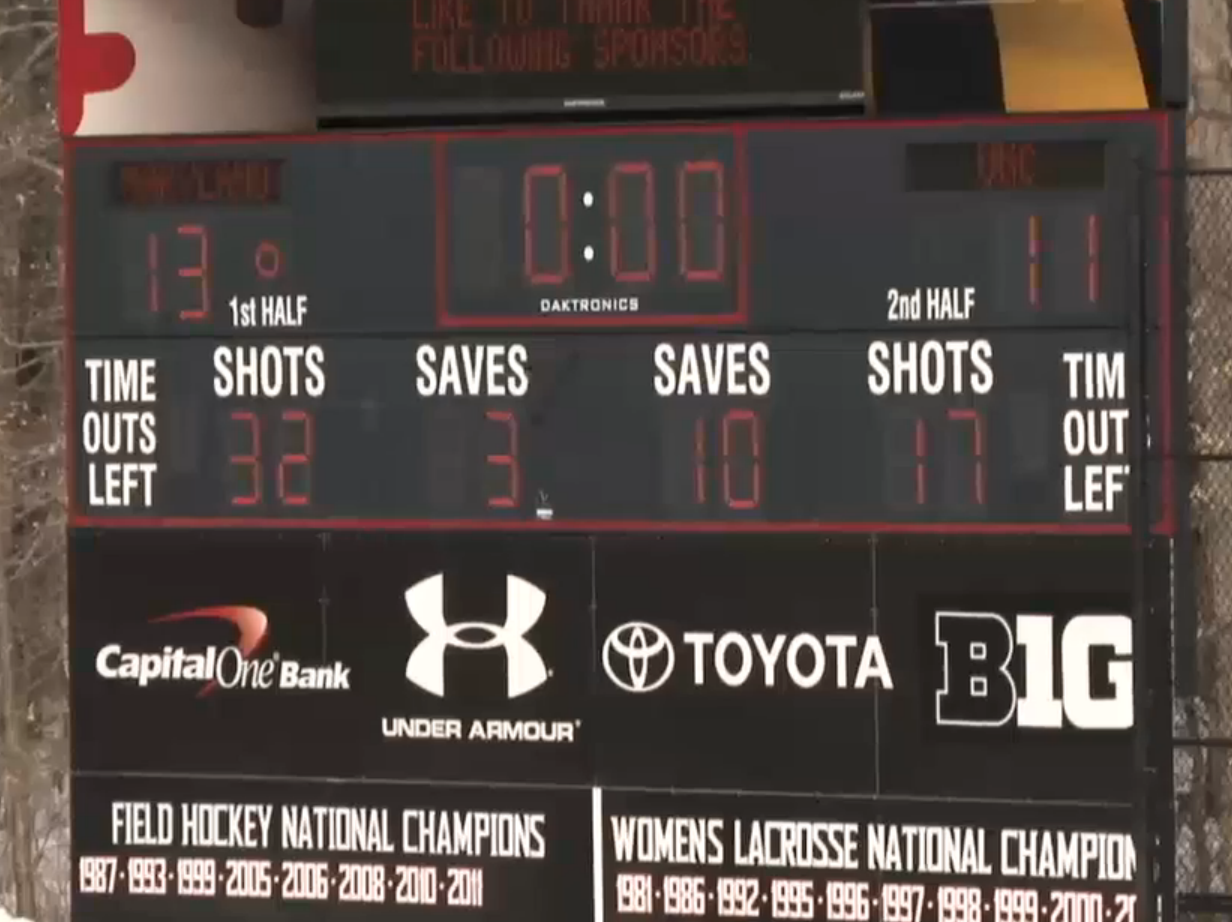 If you are going to beat Maryland you have to take Taylor Cummings out of her game. The Tar Heels tried to do that with Sammy Jo Tracy and Brittney Coppa in the draw circle but it did not work out as planned. There were many ground balls and loose balls that were gobbled up by the Terrapins and immediately turned into goals. The Tar Heels had several key turnovers that really hurt momentum.

Noticeably absent from the stats sheet was #23 Molly Hendrick. Hendrick tends to take draws for the Tar Heels but that did not happen in College Park. She was also unable to get anything going on the offensive end of the field. It will be interesting to see how Hendrick responds when the Tar Heels take on Northwestern next weekend in Chapel Hill.

Late in the second half Alex Moore came alive to record a hat trick. She and Sammy Jo Tracy lead the Tar Heels with three goals while Maggie Bill scored a goal and had four assists. For some reason, Maggie Bill plays very well versus Maryland. Last year she had her best game against the Terps and today we saw her best game of the 2015 season. Let’s hope she keeps that up.

Brittney Coppa was a force early but Maryland adjusted and kept her to the two goals she scored in the first five minutes of the game. The aggressive play of Sammy Jo Tracy gives Maryland fits. In fact, this is they only type of women’s lacrosse that seems to fluster the Terps. Jenny Levy knows aggressive style of play is what it takes to beat the Terrapins but even that was not enough on February 22nd, 2015.

Looking ahead, the Tar Heels will take on Northwestern Saturday, February 28th and then Elon the very next day on Sunday, March 1st. This is a very important weekend for the Heels who need to respond. Remember, the loss to Northwestern in Chicago last year started a downward spiral in which the Heels ended up losing five of their last nine games. A good performance against the Wildcats is extremely important for this young team.

In case you were wondering, Taylor Cummings will win the Tewaaraton Award for the second year in a row. She changes the entire complexion of a lacrosse game with her skills in the center circle.

Turnovers and Clears Important for UNC vs Maryland