In 2015, Marie McCool will wear the #4 for a UNC women’s lacrosse team that is stacked at the midfield. McCool, who donned #51 in high school, was the #2 ranked high school player in the 2014 class. At any school not named Maryland or UNC McCool would be a shoe in to start from day one this spring.  At UNC she will be competing against a gambit of midfielders that have All-ACC and All-American potential. 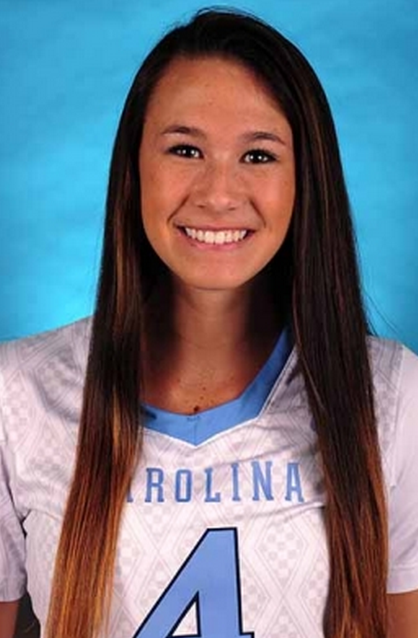 McCool was a three time prep All-American at Moorestown High School in New Jersey. In each of those three years she led her team to a state championship.  In the video below you will see Marie in action as #51.

McCool lead the state of New Jersey with 86 goals as a junior and 91 goals as a senior. Over her prep career she accumulated 268 goals and 94 assists. Like many other UNC lacrosse players she played both soccer and lacrosse all four years of high school.

While the high school stats prove McCool has the potential to be a Tewaaraton finalist in here years in Chapel Hill there will be a transition process. In 2014, Maggie Bill was heralded as the #2 high school player behind Cortney Fortunado (Notre Dame). While Maggie Bill had a solid year she is still learning how to be aggressive at the college level. I would expect the same thing from McCool in 2015.

In 2014, Brittney Coppa was lost for the season with a torn ACL during a scrimmage with the US National Team. Coppa and fellow midfielder Sammy Jo Tracy had season ending surgery leaving a few midfield spots available. By the end of the 2014 season freshman Maggie Bill and Molly Hedrick started in the midfield with junior Sarah Scott. In 2015, there will be plenty of options available for Jenny Levy in the midfield.

McCool will be competing with Coppa (a preseason All-American first team candidate), Tracy, Bill and Hendrick. Add to that list upperclassmen Kelly Devlin and Devin Markison. If that were not enough, the leading scorer for USC (Southern California) in 2014 will be wearing Carolina blue this spring. Alex Moore will be competing for playing time after she scored 35 goals and earned all conference honors while at USC.

I have only seen video footage of McCool so I cannot make an educated prediction as to whether McCool will get a starting nod on a team loaded at the midfield. In all reality, the more available spot on the playing field would be attacker as the Tar Heels lost Abbey Friend to graduation last year.

McCool will definitely get playing time this season but who knows how much. Bill and Hendrick walked into a great situation as freshman last year. That is not the situation in 2015. Coppa is sure to be the senior leader and will start in the midfield. Hendrick or Tracy are experienced at taking the draw. Bill is one of the fastest players on the team and in the country so one would imagine she will get a lot of playing time as well.

If McCool can push the experienced players and get playing time she is truly one of the best players in the country. In all the photos I have seen of McCool she seems to tower over the other players. She is listed at 5’6″ but I think she is taller than that. A line I would love to see is Syndey Holman, Aly Messinger, Carly Reed and Marie McCool at attack. That would be unreal!