In 2015, Margaret Corzel will serve as a team captain for the third consecutive season. She will lead a very experienced defensive unit that includes fellow seniors Courtney Waite and Caileigh Sindall and junior Mallory Frysinger. Although you see won’t amazing stats from Corzel, she will be an integral part of this year’s UNC women’s lacrosse team. 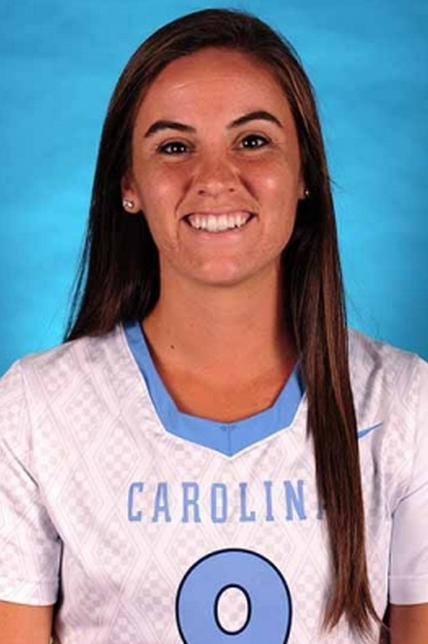 During Corzel’s freshman year she started 13 games in the midfield. After suffering a torn ACL during the fall of 2011 she received a medical redshirt. During her sophomore and junior season she was one of the best defenders on the UNC team. With Sloane Serpe, Corzel helped lead the Tar Heel defense in a spectular performance in the 2013 Final Four. The Tar Heels beat the Northwestern Wildcats and Maryland Terrapins to win their first ever national title.

The 2014 season was a disappointment for the Heels as they did not reach the ACC championship game. In the NCAA Tournament, they were defeated by the Virginia Cavaliers in the game to go to the Final Four. In fact, the Tar Heels lost five of their last nine games. One of the main reasons for the struggle to the end of the season was the inability of the Tar Heels to control the draw.

Ground balls and draw controls will be very important when the Tar Heels take on Florida, Maryland and Syracuse this year. Look for Corzel to defend some of the best players in the country like Shannon Gilroy, Taylor Cummings and Kayla Treanor. The Tar Heels very rarely run a zone on defense, they briefly ran a backer zone during a few scrimmage games but don’t expect it during the regular season. Jenny Levy trusts her defenders to play man to man rather than resorting to a zone.