On a very cold day in Chapel Hill the Tar Heels and the Northwestern Wildcats slugged it out to see which dominant program was better in the regular season of 2015. The game was back and forth all day until Maggie Bill took over and gave the lead to the Tar Heels for good. Maggie Bill finished with three goals including the game winner with about four minutes remaining in the game. 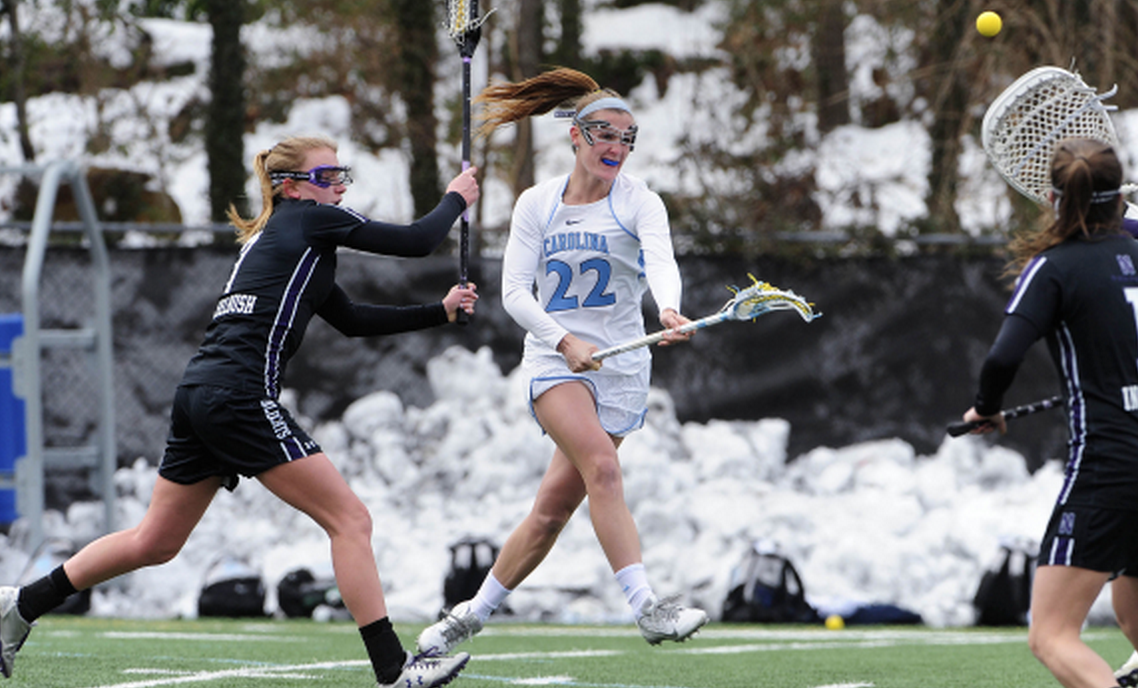 The second half was back and forth for the duration as Northwestern took their first and only lead of the game at 9-8 with 14 minutes to go. Maggie Bill and the Tar Heels answered less than a minute later to tie the game at 9. We saw both teams score in succession for the next 10 minutes until Bill put one in the back of the net to give the Tar Heels a 12-11 lead. The Heels were able to retain possession for the rest of the game and put it away giving them their fourth victory of the year.

While Maggie Bill was the star of the second half Sammy Jo Tracy played a large role in the game. Tracy had three goals and an assist to lead the Tar Heels with four points. She also controlled four draws and took many in the center circle. In fact, Britney Coppa and Sammy Jo Tracy were the two that basically took all the draws on a very cold day in February.

This was a very important game for the Tar Heels after losing to Maryland last Sunday. When the Heels lost to the Wildcats last year it sent them in a tailspin in which they lost five of their last nine games. It was nice to see the Heels come back and get a win against a top 10 opponent in a very tough game. This will do a lot for their confidence moving forward. I still believe we are going to see Maryland and UNC in the national championship game again this year.