Maggie Bill came to UNC as the #2 player in the country in the 2013 class. Along with Sydney Holman, Carly Reed and Maggie Auslander, Bill comprised a class in which four of the top six players in the country were headed to Chapel Hill. The class had a lot to live up to because the 2013 Tar Heel team had just captured their first ever national championship with a win over Maryland. Heading into the 2014 season most felt as if Bill would be a major contributor on the preseason #1 team in the nation. 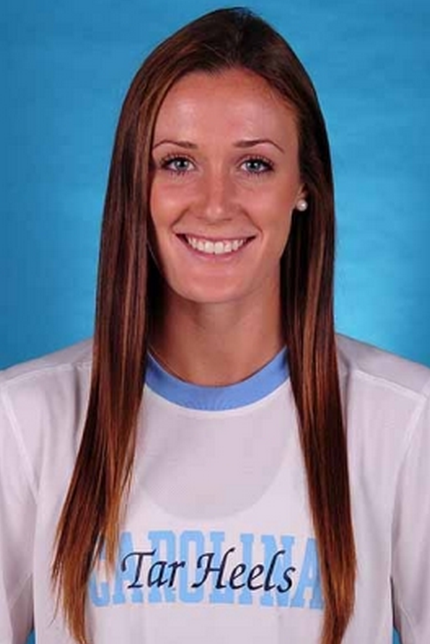 Even I had unreal expectations for Bill. Kayla Treanor (Syracuse) and Taylor Cummings (Maryland) were sophomores that were on the Tewaaraton watch list so why couldn’t Maggie Bill be one of the best players in the country as a freshman? After watching Bill play the first few games it was obvious she was one of the most skilled players on the field but she just wasn’t aggressive enough. Remember that Kara Cannizzaro was one of the most aggressive midfielders in UNC history so fans wanted to see Maggie Bill replace the former national champion and Tawaaraton finalist.

This video versus Notre Dame clearly illustrates the talents of Maggie Bill:

It is quite obvious Bill has amazing stick skills to compliment speed that kills. I have seen Bill play soccer for the UNC Tar Heels multiple times and there is no question she is the fastest player on the field. There were many situations in the 2014 lacrosse season in which Bill got the ball in the open field and just ran away from defenders.

For Bill to have an All American type year in 2015 she needs to get more aggressive. Being the fastest player on the field, she can easily outrun defenders and get a shot on goal. In 2014 she had 27 goals, 10 assists and was third on the team with 31 draw controls. She took a few draws but that was ultimately the job of fellow freshman Molly Hendrick. Being a middie that gets many draw controls and ground balls, Maggie Bill should take matters into her own hands and take it straight to the goal. This was something that Kara Cannizzaro did multile times a game on the run to the 2013 national championship.

By watching video highlights of Bill’s high school days it is obvious she knows how to be aggressive. Feast your eyes on this highlight videos:

UNC head coach Jenny Levy stated this was the most amazing highlight reel she had ever seen in all her years of coaching women’s lacrosse. Some of the moves Bill has are truly amazing. When you combine those stick skills with the speed she has there is no reason Bill should not score 60+ goals a season for the next three years.

An interesting development in 2015 will be the playing time of the midfielders of the UNC Tar Heels. Brittney Coppa, a preseason All American, returns from a torn ACL that kept her out all of 2014. Incoming freshman Marie McCool and Bridget Curran were high school All Americans last year. McCool was the #2 player in the country one year after Bill was the #2 player in the country. Alex Moore transferred to UNC after leading the USC Trojans with 34 goals last year. In all reality, Moore had a more impressive freshman year, statistically, than Maggie Bill.

A trip to Chicago to take on Northwestern completely changed the season for the Tar Heels. The Heels lost 7-5 in a game in which they struggle to even get shots on goal. With this much talent in the midfield in 2015 there is no way the Heels should be held under 10 goals in any game. With a midfield of Bill, Coppa and Sammy Jo Tracy there should be plenty of shots on goal in every single game. One of the biggest problems for the Tar Heels late in 2014 was controlling the draw. With Tracy, Coppa, Hendrick and Bill all being able to take draws this season there is no reason they should not control draws at a high clip.

Kara Cannizzaro on the 2015 Tar Heels