The most experienced part of the 2015 UNC women’s lacrosse team is the defense. On defense, the starters will likely be seniors Margaret Corzel, Caileigh Sindall, Courtney Waite and junior Mallory Frysinger. These four have played with each other for two full seasons and will likely be counted on to slow down the high powered offenses of Florida, Maryland and Syracuse. Courtney Waite is one of the fastest players on the defense and she may likely get the assignment of guarding the highest scorer on the opposing team. 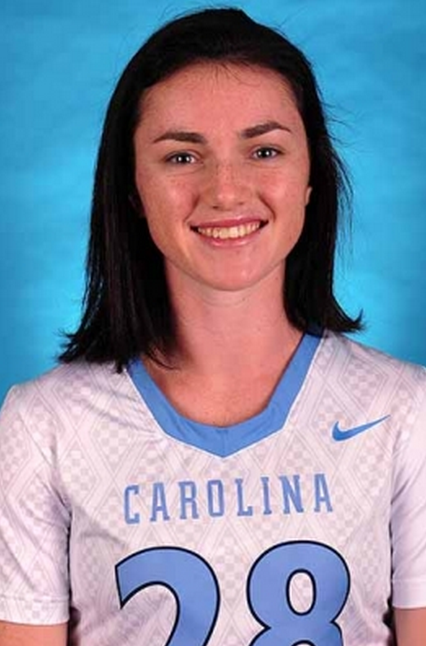 In 2015, UNC will face three of the top goal scorers in the nation. Florida’s Shannon Gilroy and Maryland’s Taylor Cummings will face the Tar Heels on their home turf. Syracuse’s Kayla Treanor will take on UNC’s experienced defense in Chapel Hill at Fetzer Field. All three of these players will be preseason Tewaaraton finalists. It would not be surprising to see each of these three athletes score close to 100 points in the 2015. Hopefully, they will not score many on the Tar Heels.

Courtney Waite seized the playing opportunity in 2013 when fellow classmate Caileigh Sindall had to sit out several games with a concussion. When Sindall returned for the 2013 NCAA Tournament Waite was ready to step in and shut down some of the best offensive players in the country even though she was not a starter. In all reality, the play of Courtney Waite on defense helped the 2013 Tar Heels win the national championship.

Fast forward two years and Waite and Sindall are seniors. Gone is All American Sloane Serpe who anchored the defense in 2014. This year, the three senior starters are going to be asked quite a bit as the Tar Heels have one of the most difficult schedules in recent memory; possibly ever. The Tar Heels have eight road games with one of them being against the #1 team in the nation, Maryland in College Park, and another against the #3 team in the nation, Florida in Gainesville.

If the away games aren’t brutal enough, National runner up Syracuse and Northwestern come to Chapel Hill. The Tar Heels struggled to gain possible late in the 2014 season which was the main reason they lost five of their last nine games. In 2015, the Tar Heels are loaded at the midfield and should have no problem scoring. If Sammy Jo Tracy, Molly Hendrick and Brittney Coppa can win draws this team could be very good; even better than the 2013 squad.

When the Heels do not gain possession, Courtney Waite will have to use her speed and quickness to shut down some of the best players in the country. If the senior is up to the task look for the Tar Heels to make a run at another national championship.

Tar Heels Dominate Second Half of the Elon Scrimmage