When thinking of all the talented midfielders that UNC has on the 2015 squad a name I consistently forget is Carly Davis. It might be because Carly Reed was such a touted recruit. It might be because she redshirted her freshman year in which the Tar Heels won the national titled. Who knows. The one thing I do know is that Carly Davis played a very important role for the 2014 UNC squad late in the season. This means should could play an even more prominent role in 2015. 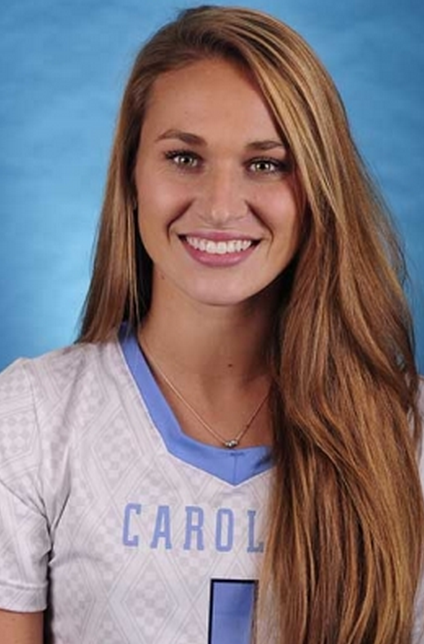 Late in the 2014 season the UNC Tar Heels women’s lacrosse team greatly struggled to put the ball in the back of the net. Losing five of their last nine games was a tough pill to swallow. Add to that losses Duke and Northwestern in which the Tar Heels only scored six and five goals respectively and that leaves a downright bad taste in the mouth of the players that return for 2015.

In the final game of the 2014 regular season Carly Davis scored three goals. She followed that up with a goal against Boston College and two goals against Syracuse in the ACC Tournament. As the season wore on, Jenny Levy used Carly Davis much more on the offensive end of the field. With Davis being a former High School All American it should not surprise most that she immediately pounced on the opportunity to play late in the season.

In 2015, the Tar Heels bring back midfielders Brittney Coppa, Sammy Jo Tracy and Kelly Devlin from injuries. Add USC transfer Alex Moore and sophomores Molly Hendrick and Maggie Bill and you have a midfield that is loaded. It will be interesting to see how Jenny Levy distributes the talent in 2015 as some of the best middies in the country might end up as attackers on the 2015 Tar Heels.

If the Tar Heels struggle to put the ball in the back of the net in 2015 I would be shocked. There is way too much talent on this team. The Heels lost six players to season ending injuries last year and one would think that cannot happen again in 2015. Carly Davis will find herself on the field quite a bit this season and how aggressive she is will likely determine how much playing time she gets moving forward.