Seeing the UNC Tar Heels women’s lacrosse jersey of #18 not on Abbey Friend is quite unusual. Friend ended up as one of the all time leading goal scorers for the Heels and helped lead them to the 2013 National Championship. Now, high school All American Bridget Curran will wear #18. This young woman is very talented and could be a force on a talented Tar Heel team. 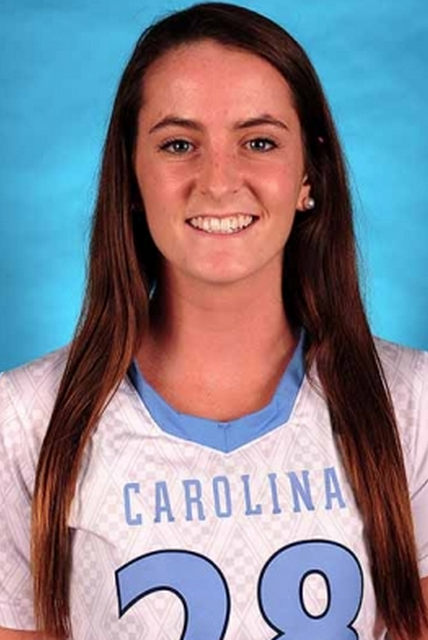 Along with Marie McCool and Ela Hazer, Bridget Curran was an Under Armour High School All American. During the scrimmage with Elon on January 24th, 2015 Curran played quite a bit in the midfield. She even took a few draws. Although I do not believe she got on the scoreboard she did contribute on the offensive side for the Heels. The fact that she is getting playing time at the midfield tells me she is plenty talented.

UNC is stacked at midfield and attack. If McCool Hazer and Curran get playing time they have the potential to be some of the top athletes in women’s lacrosse. Preseason All American Brittney Coppa and honorable mention Maggie Bill are in this same UNC midfield so you can imagine the competition for playing time. The Heels should not have problems getting the ball in the goal and Bridget Curran may be one of the young Tar Heels that steps up and helps this team win some of the tough road games.

It is going to be very fun to watch the growth of McCool, Hazer and Curran over the course of the next three months. If these freshman can contribute I fully expect to see the Tar Heels back in the final four.