Aly Messinger could be the one player that determines if the UNC Tar Heels win the 2015 National Championship. In her freshman year, she fed off double teams of Kara Cannizzaro and put the ball in the back of the net in many timely situations. Although she had a great year in 2014 it was not the progress most were expecting. Now that Messinger is heading into her junior year it is her time to shine and lead the Tar Heels in scoring. 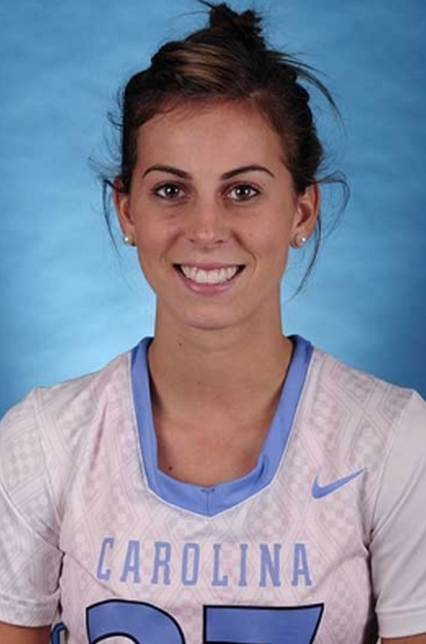 This year, Sydney Holman, Carly Reed, Alex Moore and Marie McCool will be the young “guns” on the attack for UNC. Aly Messinger will be the wily veteran that will be expected to lead this group of sharp shooters. Last year, the Tar Heels struggled to get the ball in the back of the net late in the season. Part of this was because the Heels could not control the draw and part of it was a lack of execution on offense. I would imagine this will not happen as much in 2015.

There were games against Duke and Northwestern in which UNC seemed almost lost on offense at times. How can you keep this team to under 10 goals? With the talented young players and the mix of experienced veterans I would be shocked if this team doesn’t reach double digit goals in a single game this year. Aly Messinger will need to be the leader of the group. Although she may not be the leading scorer on the team, she will need to be the one that creates good shots when the Heels need them.

When I watched Messinger as a freshman I was shocked at how she could contort her body to get better angles. She has an amazing drop step, spin move that allows her to get in close range of the goal. Hopefully we see this move much more in the 2015 season. With Abbey Friend having graduated it is Aly Messinger’s time to score 50 or more goals for the Tar Heels.