One of the biggest unknowns for the 2015 UNC Tar Heels team is USC transfer Alex Moore. Moore was a high school All American two years ago with Maggie Bill, Carly Reed and Sydney. Now she will rejoin fellow All Americans on the field in Chapel Hill this spring. After watching Moore play in the scrimmage against Elon I can say that she will be a contributor on this years team. 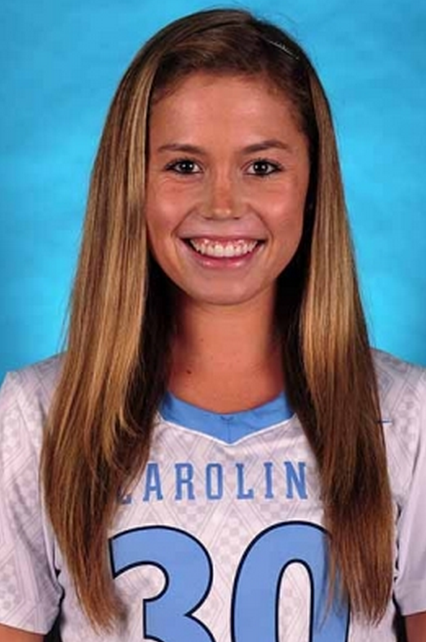 Having never seen Alex play prior to the Elon scrimmage I have no idea what to expect. What I did expect is that she would be an offensive player, most likely an attacker with the UNC midfield loaded this year. Moore played very well with Holman, Messinger and freshman Marie McCool. I think we will see plenty of Carly Reed on this attack squad as well.

Moore is definitely a hustler as there were multiple times she was out ahead of the defenders and she did her best to defend all the way to the opposition’s offensive side of the field. I would imagine Jenny Levy is telling her girls to go all out for a brief period of time because there are so many substitutes waiting to come in. It will be interesting to see how many starts Alex Moore gets in the 2015 season. I believe she could be an integral part in making a run at an ACC Championship and an NCAA Championship.